United Methodist Churches near you
All churches in Shandon, CA

The Shandon UMC has been actively participating in and promoting the Reign of God in Shandon, California, for more than 120 years. It is a member of the California-Pacific Annual Conference. Our pastor is the Rev. Fred B. Morris.

Pastor Fred has served UMC congregations in New Jersey (Franklin UMC, Newark), Illinois (Good Samaritan UMC, Addison, IL [organizing pastor]); Malta UMC and NW Malta; Broadway UMC (Chicago). As a missionary of the UMC, he was pastor of the Methodist Church in Teresópolis, RJ and Pilares (Rio de Janeiro). Later, he taught Ethics, Contemporary Ideologies and Anthropology at the Methodist University in Rio. He also served as Executive Director of the Florida Council of Churches from 1997 to 2006.

He is fluent in English, Spanish and Portuguese.

We have two Prayer/Healing Groups. One meets on Monday evenings at 7:00 p.m.; the other on Tuesdays at 3:00 p.m. All are invited.

All churches in Shandon, CA

Leader Email:
Click here to contact Ivelisse G Castellano
Leader Bio:
Ivelisse Castellano has been serving as Pastor at the Crosswicks United Methodist Church in New Jersey. She holds a Bachelor of Arts in Human Development, and has just finished her third year at Drew University-Theological School. She is involved in the UMC as an Ambassador for its Healthy Families, Healthy Planet initiative that works to educate and mobilize U.S. United Methodists on the importance of maternal health and international family planning. Pastor Ivelisse is also a Certified Life Coach and finished a year internship at Aldersgate United Methodist Church as an Assistant Pastor.

Our new Pastor is a native of Puerto Rico, who came to the mainland 28 years ago with her parents who are also Ordained Elders with the United Methodist Church. Pastor Ivelisse is fluent in English, Spanish and Portuguese. She is the proud mother of two sons, Nathan Daniel and Taylor Zachary.

Service Times last updated on the 3rd of April, 2020
Subscribe to Updates

"The lover of silence draws close to God. He talks to Him in secret and God enlightens him".
John Climacus
This page was last updated on the 3rd of April, 2020
Subscribe to Updates 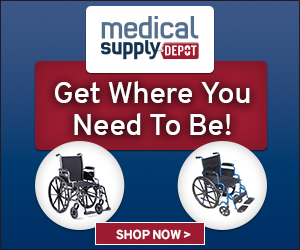