United Church of Canada churches near you
All churches in Metcalfe, ON

Welcome to the Metcalfe United Church

If you live in Metcalfe or in the Osgoode Township or in the south end communities of the City of Ottawa, come on to our church and enjoy our friendly, country style.

Our worship is a blend of traditional and modern; it features Bible-based sermons following the Revised Common Lectionary (RCL), thematic and interactive conversations with the children and a place for all ages to feel included as a part of God's family.

Bring your singing voice, your reflective spirit and join us in the sanctuary. Stay awhile and have coffee and conversation after the service.

Throughout the year we have a variety of events from fundraising suppers to an annual bonspiel and silent auction to a children's craft morning at Christmas time.

We celebrate Holy Communion three or four times a year by distributing the wine (grape juice) and the bread to a seated congregation and by intinction (communicants come forward to receive the elements) on Christmas Eve. As a United Church, we practice an open table at Communion. All who love the Lord are invited to the table.

New to the area and looking for a new church home? Has it been a while since you've been to church and you'not sure what to expect? Come and let us surprise you. There'a place for you in God'house!

All churches in Metcalfe, ON

We are located at 2677 8th Line Road in the Village of Metcalfe, Ontario. Otherwise known as the church with the white steeple, we are a short block from Metcalfe's four corners (Victoria St and 8th Line intersection).

There is plenty of parking.

Service Times last updated on the 19th of January, 2020
Subscribe to Updates

We are a small, rural congregation located in the village of Metcalfe, Ontario, an easy 40 minute drive south of the urban centre of Ottawa. This is our history:

Although the first church built in the area, on Lot 20, Con.6, was Roman Catholic, the second church was Methodist. It began its life as a worshipping community in 1832. It was located just east of the village of Metcalfe, on a spot known as Methodist Hill. The original structure was small log building which was replaced in 1853 by a frame construction. Known as the Victoria St Methodist Church, it was demolished in 1920s.

In 1922, Methodists purchased a former Baptist Church on South side of Victoria Street. They met there until they united with St Andrew's Presbyterian Church in 1927. In Oct 1925, the Blair Methodist Church which had been built in 1877, closed and congregation joined St Andrew's Church.

What we know as Metcalfe St Andrew's United Church was formed by the union of these Presbyterian, Methodist and Congregational churches in 1927.

Today, we are a mixture of both young and old who join to celebrate God's presence in our lives in Sunday morning worship, in Bible study, and in community events. Approximately 45-50 folks attend on Sundays and we vary in age from infants and toddlers to pre-teens and teens, parents and grandparents. We offer both a Sunday school and nursery to babies and youngsters, and a warm invitation to all to join in conversation and coffee after each service.

Governed by a church council, committees meet throughout many months to do the work of the church in the areas of Finance and Property, Christian Membership, Nurture and Care, the UCW, Trustees, Stewardship, Outreach and Communications, Worship, Music and Sacraments Committee and Ministry and Personnel.

Community groups such as Guides and music students rent our downstairs church hall. The sanctuary is also available for concerts and recitals.

"Wishing will never be a substitute for prayer".
Ed Cole
This page was last updated on the 19th of January, 2020
Subscribe to Updates 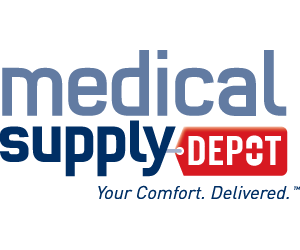