United Church of Christ churches near you
All churches in Watsontown, PA

Trinity UCC in Watsontown, Pennsylvania is a Christian congregation serving the Watsontown community and seeking, engaging, and encouraging others through a life-changing Christian journey.

Our vision is to impact and renew Watsontown and beyond with the transforming message of Jesus Christ through words and actions.

United Church of Christ churches near you

All churches in Watsontown, PA

This church page is missing service times. Please click here to help this page visitors by submitting the church service times. Thank you!
Subscribe to Updates

The first service of the Reformed Church was held in the Academy Building June 20, 1864. For two years the services were conducted by the Reverend Samuel Hahn Reid, but no organization was effected until June 24, 1866, when 13 persons met at the Lumber Mill Office and presented certificates of membership. Peter Schaeffer and William Brumbach were elected elders while William H. Follmer and Simon Lantz were chosen as deacons. On February 17, 1866 negotiations were entered into with the Lutheran congregation for the erection of a house of worship to be used by both churches.

A committee consisting of Peter Schaeffer, Silas Rambach, E. Everitt, Philip Winterstein and William H. Follmer was appointed to solicit subscriptions for the purchase of land and to construct a building. On March 21, 1866 it was unanimously agreed to purchase the two lots known as the Piper lots from Ario Pardee for the sum of $500. These lots were located on the northeast corner of Main and Fourth Streets. The subscriptions to that point amounted to $3,467.50. A building committee was elected at that meeting consisting of two members of the Reformed congregation, Peter Schaeffer and William H. Follmer; and two members of the Lutheran congregation, Samuel Miller and Samuel Witman. At a meeting of the building committee on April 5, 1866 at Goodman’s Store, the committee elected Peter Schaeffer president and by unanimous consent it was recommended to build a brick church 50 feet long and 36 feet wide, the height to be determined later.

On July 14, 1866 the Articles of Agreement were adopted by Lutheran and Reformed congregations. These articles dealt with the name, the building, the use of the church, its upkeep, and the final manner of dissolution if that became desirable. The cornerstone was laid on July 15, 1866 and the exercises were held in the old Bill Mill to avoid the heat of the scorching sun. The new church was named St. Bartholomew’s Evangelical Lutheran and German Reformed Church. On July 17, 1866 William H. Follmer, one of the most influential members, drowned causing a financial embarrassment to the Reformed congregation that prevented the building from being dedicated until May 12, 1867.

The same officers were elected at this time as at the time of the former organization, except for David J. Krebs, who was chosen to replace Mr. Follmer as secretary because of his death the previous July.

Originally both English and German were used in the sermons and the services. The minutes of a communion explain that the Reverend Lott Kryder Evans (1867-71) of Williamsport assisted the pastor and preached in German on Friday afternoon. The system of renting the pews must have also prevailed, for under the date of October 12, 1870, it was noted that a meeting of the Consistory was held that evening and the subject under discussion was the matter of pew rent income and the application of the same toward defraying the expenses of the church.

The two denominations worshipped in this edifice until 1886 when the Lutheran and Reformed congregations by friendly agreement dissolved their union and the Lutheran congregation purchased the Reformed interest in the Union Church for $2,500. The congregation was ready to change its location to the northeast corner of Main and Sixth Streets as well as its name from St. Bartholomew’s to Trinity Reformed Church. At a congregational meeting on May 2, 1886 the following were appointed to purchase the lot on Sixth and Main Street: Thomas Mast, Mahlon Metzger, Jacob H. Wagner, D.A. Engle, and George W. Hess. The land was purchased from Daniel and Celicia Menges and William and Susan C. Menges for the sum of $2,200. Construction began on May 20 with the cornerstone being laid on July 4, 1886.

On September 15, 1886, the petition was granted by William M. Rockefeller, President Judge of the County of Northumberland.

The new church was built of fine brick and slate roof. The style is known as “Queen Anne.” The building and the appointments were dedicated on February 10, 1887. There was a debt remaining of $2,000 on the day of the dedication, but through efforts of the pastor and the generosity of the congregation, they were able to reduce the debt down to about $500. The seating of the main room is arranged in a semi-circle, and the ceiling is gothic in style paneled in Virginia pine and finished in oil. Every window in the building is supplied with the finest stained glass. The pulpit in the chapel was presented by Joseph Bly; the pulpit in the main room, the communion table and the carpet was donated by the Mite Society; the pulpit chairs by George W. Hess; the chancel chairs by Enos Everitt; the chandeliers by Mrs. H.B. Mast; the bell by Mrs. Sarah Rambach, and the clock in the chapel by W.W. Fisher. The total cost of the new building, grounds, furniture and heating units without the aforesaid items was $10,820. The building committee consisted of H.F. Algert, president; D.A. Engle, secretary; George W. Hess, treasurer; Mahlon Metzger, Jacob H. Wagner, J.W. Muffly, and Thomas Mast.

In May 1888, the Consistory petitioned the Wyoming Classis to unite St. John’s Reformed Church, McEwensville and Trinity Reformed Church into their own charge thus separating them from Paradise Reformed Church which had previously been part of a three point charge. The petition was granted on July 1, 1888.

In 1888, a parsonage was erected next to the new church at Watsontown at a cost of $3,500. Thomas Mast was superintendent of construction and Franklin Faust was treasurer of the building committee.

On March 20, 1892 at a congregational meeting a committee was appointed for the purpose of purchasing an organ for the church. The committee consisted of George W. Hess, J.W. Muffly, U.S.G. Peifer, Harry F. Algert, and John Keller. The organ was built by the Erie firm of A.B. Felgemaker. The total cost of the instrument was approximately $1,600 and the dedicatory recital was held on December 17, 1892 with Professor F.K.

Hill of Sunbury at the organ.

In 1915, the sanctuary was renovated. The most memorable addition to this renovation was the painting above the altar. Elmer S. Johnson commissioned the C. Day Rudy Company of Harrisburg which specialized in church frescoing and ecclesiastical decorating, to paint a portrait of Christ’s Ascension. It was completed for the service of July 22, 1915 and adds a rare beauty to the sanctuary.

On March 28, 1978, a special meeting of the Consistory was held with Dr. Horace Sills, president of Penn Central Conference to discuss the dissolution of the Watsontown McEwensville Charge. On April 11, 1978 the Consistory voted eight to three to dissolve the charge to take effect on September 1, 1978.

Since that time, the congregation provides their pastor with a housing allowance allowing the pastor to choose his or her own home. The Reverend Kelso resided at 112 West Ninth Street; the Reverend James Pfefferkorn resided at 508 Main Street for a number of years and then 603 Ash Street for the last part of his pastorate; and Ed Henry lived in Lewisburg for part of his pastorate.

"A life growing in its purity and devotion will be a more prayerful life."
E. M. Bounds
This page was last updated on the 8th of July, 2020
Subscribe to Updates 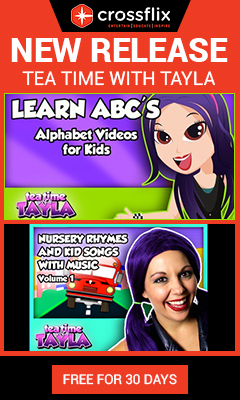 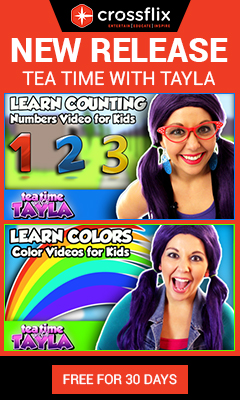 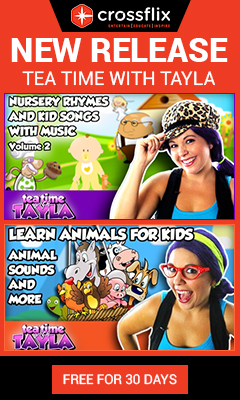 Church of the Good Shepherd UCC