Unity churches near you
All churches in Olathe

Unity of the Heartland is reported to have been closed

Quote of the Day
Philippians 4:11

Not that I speak in respect of want: for I have learned, in whatsoever state I am, therewith to be content.

Unity churches near you

All churches in Olathe

Leader Email:
Leader Bio:
Rev. Jackie is the visionary, focused, and heart-centered minister & spiritual leader of Unity of the Heartland since October 2014.

Prior to ministry at the Heartland, Rev. Jackie had a very successful and rich career in New York State government that spanned more than thirty years. From the position of Deputy Comptroller for Human Resources and Administration she retired to answer her call to ministry and attend seminary.

As a heart-centered and visionary leader most of her adult life, Rev. Jackie has said,

“I thrive on the good that is brought forth when an idea from within me reaches fruition and results in many people and families being blessed. Throughout my adult life I have learned that the more I give in service to others, the more my life is enhanced. Living a life of authenticity through service is what I believe my life purpose is, and at the core of that service is love.”

In addition to her Master’s of Divinity degree, Rev. Jackie holds a graduate degree in Public Affairs and Policy from the State University of New York at Albany, an undergraduate degree from Western Michigan University, and attended Spelman College in Atlanta, Georgia for two years prior to attending and graduating from WMU.

Unity of the Heartland Church on the map

Unity of the Heartland is reported to have been closed

Service Times last updated on the 20th of February, 2020

Charles married Myrtle in Clinton, Missouri, on March 29, 1881, and the newlyweds moved to Pueblo, Colorado, where Charles established a real estate business with the brother-in-law of Nona Lovell Brooks, who was later to found the Church of Divine Science.

After the births of their first two sons, Lowell Page and Waldo Rickert Fillmore, the family moved to Kansas City, Missouri. Two years later, in 1886, Charles and Myrtle attended New Thought classes held by Dr. E. B. Weeks. Myrtle subsequently recovered from chronic tuberculosis and attributed her recovery to her use of prayer and other methods learned in Weeks' classes. Subsequently Charles began to heal from his childhood accident, a development that he, too, attributed to following this philosophy. Charles Fillmore became a devoted student of philosophy and religion.

In 1889, Charles left his business to focus entirely on publishing a new periodical, Modern Thought. In 1890 they organized a prayer group that would later be called "Silent Unity" and in the following year, the Fillmore's Unity magazine was first published. On December 7, 1892, Charles and Myrtle penned their Dedication and Covenant.

We, Charles Fillmore and Myrtle Fillmore, husband and wife, hereby dedicate ourselves, our time, our money, all we have and all we expect to have, to the Spirit of Truth, and through it, to the Society of Silent Unity.

It being understood and agreed that the said Spirit of Truth shall render unto us an equivalent for this dedication, in peace of mind, health of body, wisdom, understanding, love, life and an abundant supply of all things necessary to meet every want without our making any of these things the object of our existence.

In the presence of the Conscious Mind of Christ Jesus, this 7th day of December A.D. 1892.

Dr. H. Emilie Cady published a series titled Lessons in Truth in the new magazine. This material later was compiled and published in a book by the same name, which served as a seminal work of the Unity movement. Although Charles had no intention of making Unity into a denomination, his students wanted a more organized group. He and his wife were among the first ordained Unity ministers in 1906. Charles and Myrtle Fillmore first operated the Unity organization from a campus near downtown Kansas City. Unity began a formal program for training ministers in 1931.

Myrtle Fillmore died in 1931. Charles remarried in 1933 to Cora G. Dedrick who was a collaborator on his later writings. Charles Fillmore made his transition in 1948.

I want to know Thee
Father, I want to know Thee, but my coward heart fears to give up its toys. I cannot part with them without inward bleeding, and I do not try to hide from Thee the terror of the parting. I come trembling, but I do come. Please root from my heart all those things which I have cherished so long and which have become a very part of my living self, so that Thou mayest enter and dwell there without a rival. Then shalt Thou make the place of Thy feet glorious. Then shall my heart have no need of the sun to shine in it, for Thyself wilt be the light of it, and there shall be no night there. In Jesus Name, Amen.
This page was last updated on the 20th of February, 2020 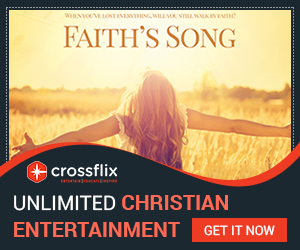 Unity of the Heartland

Unity of the Heartland

Unity On The Eastern Shore

Unity Church on the Mountain